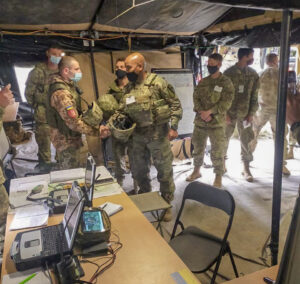 We decided to tell about this Ukrainian development to our readers not only from Ukraine, but also from other countries.

Why the Armed Forces of Ukraine need “Kropyva” system?

With the beginning of the Russian aggression in the Crimea and in the east of Ukraine, the military has significantly increased the number of new devices and gadgets. If before the conflict the AF of Ukraine had only Soviet assets and occasionally some new and old promising developments, now more and more servicemen are mastering high technologies. Yes, our servicemen now use thousands of tablets with a “Kropyva” combat control system of the tactical level. The system has been tested in real combat conditions and has received many positive reviews.

The combat control system has received many positive reviews from the military. The development and integration of “Kropyva” began as a volunteer project in 2014, when a group of patriots from the Army SOS Citizen’s Initiative began supplying tablets to the troops. Since the beginning of the Russian aggression, more than 10 000 copies of the program have been installed. In addition, a technical support service has been set up, which is constantly improving the software product. In 2018, Kropyva’s developers from the Design Bureau LOGIKA LLC, which is part of the League of Defense Enterprises of Ukraine, transferred Kropyva” with source codes and a license to the Armed Forces for free.

According to the NATO classification, “Kropyva” belongs to the C2 type systems.

Director of Design Bureau LOGIKA LLC Yuri Dobronravin especially for ArmyInform agency said, that the system allows to automate individual command and control tasks at the level of artillery battalion, company (battery), platoon, a separate peace of equipment, etc. In fact, it helps to combine intelligence, control and fire damage in a single data field. According to the classification adopted in NATO countries, “Kropyva” can be classified as the C2 type system.

Yuri Dobronravin said that the tactical control system has a number of technological bonuses for the servicemen on the battlefield or during exercises:

“Kropyva” can significantly reduce the deployment time of an artillery battery by five times. Meanwhile, the time to engage an unplanned target is reduced by three times, and the time to open a counter-battery fire is reduced by ten times. In general, the “Kropyva” system is quite easy to use. All that you need is a tablet or smartphone on which you should install given software. After that, you can see a map of the area with the user on it. The program also has a function that allows you to gather data from the general weather forecast, portable weather stations or devices that are part of individual sniper systems. To operate with “Kropyva“, you only need to know the targets grid, locations of your artillery battery, and weather conditions. The data is entered into the tablet, then it automatically calculates the direction of firing and the distance to the target. It is worth noting that the “Kropyva“ functions provide work with radio stations, data from rangefinders. UAVs and other users of tablets intelligence data, etc. 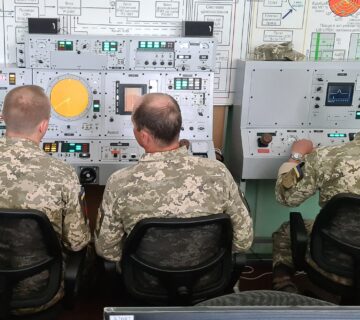 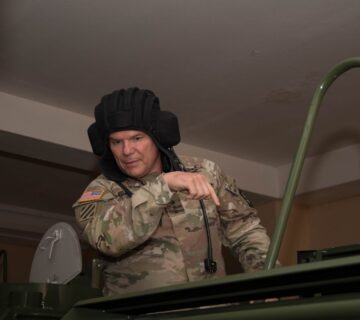 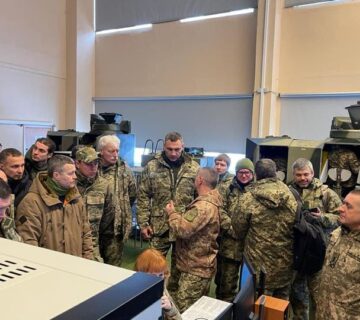